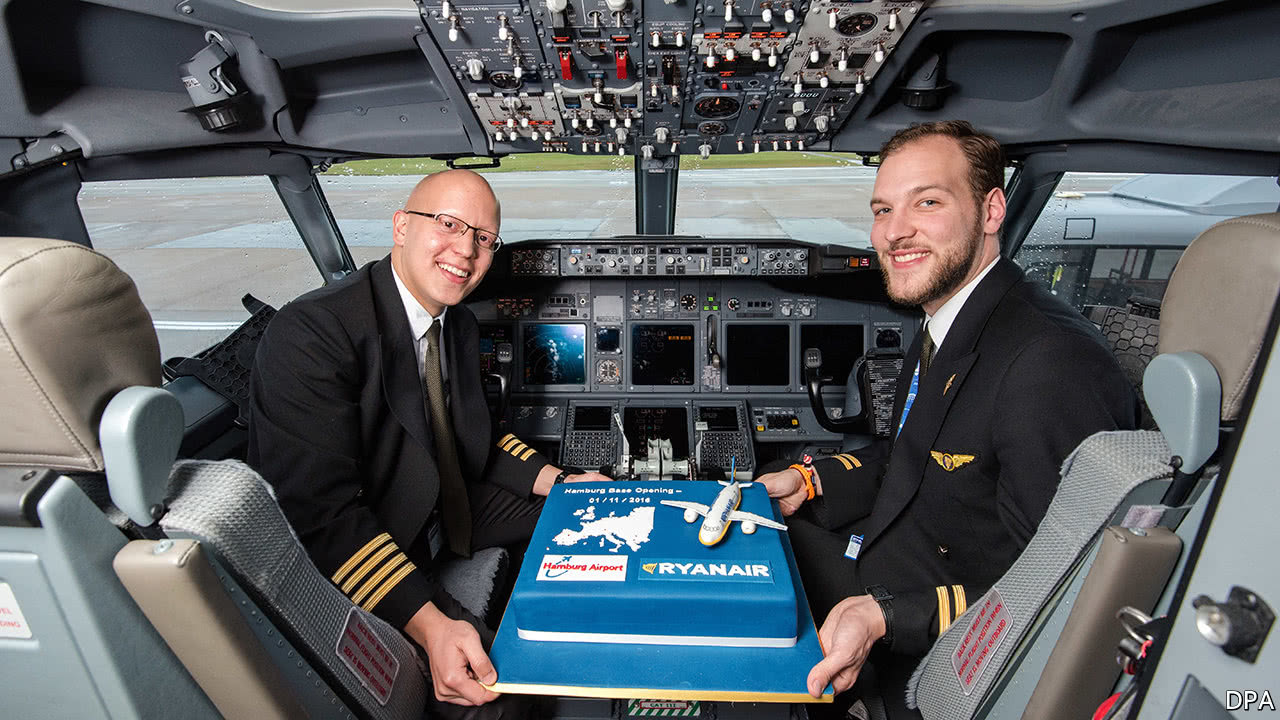 AIRLINES respond to greater demand for travel around Christmas by increasing fares. But this year, Ryanair has found that it is not the only one taking advantage of the desire to be home for the holidays. To avert proposed strikes by pilots across Europe, the Dublin-based carrier offered on December 15th to recognise pilot unions for the first time in its history. The offer came just in time to avert a four-hour strike by Italian pilots scheduled that afternoon. Pilots in Ireland and Portugal also called off a strike they had planned for December 18th. Ryanair may have saved Christmas, but its stock price fell by 8% on the day of the announcement.

Michael O’Leary, Ryanair’s chief executive, acknowledged that union recognition marked a “significant change” for the company. During a dispute with baggage handlers in 1998, Mr O’Leary said that Ryanair would recognise unions “when a majority of our people wishes to do so.” Nonetheless, Ryanair has strongly resisted attempts by its employees to join independent unions, preferring to…Continue reading

Money stolen by Bernie Madoff is still being found