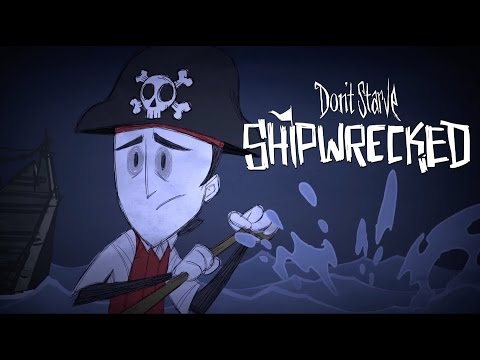 Initially released exclusively for iOS earlier this year, the game is now available in the Google Play Store for $3.99.

Back in January, Klei Entertainment partnered with CAPY – the creators behind Superbrothers: Sword and Sworcery – to bring a single-player, stand-alone expansion of the popular Don’t Starve game. However, until now, it’s only been available for iOS devices, but with the release of the first public beta, it looks like its official launch for Android is imminent.

For $3.99 – that’s a dollar cheaper than the iOS version – you can download the public beta of Don’t Starve: Shipwrecked, but considering that this is a public beta, you should expect to encounter a few bugs. The good news, however, is that not only is the game free of any advertisements or in-app purchases, but it’ll automatically be updated to a final product once it leaves the public beta.

The goal of the game is straightforward – survival in an open-world.

For those of you who are unfamiliar with the game, the goal is straightforward – survival in an open-world. Wilson, the main character, is stranded in a tropical archipelago and must survive in a “new environment filled with biomes, seasons, and creatures.” If you die, you start from the beginning again, letting you make different choices on the way. Similar to Don’t Starve: Pocket Edition, this stand-alone expansion boasts amazing visuals, and while you might be hesitant to spend money on a public beta, if Klei Entertainment’s very first game is any indication, the latest Don’t Starve game should not disappoint.

To purchase Don’t Starve: Shipwrecked, click the button below:

Are you a big fan of Don’t Starve? Will you be trying out the public beta from the Play Store? Let us know by leaving a comment below!